A barrel is a term for a standard unit of measurement for the sale of crude products.  The fill volume of a barrel is equal to 42 U.S. Gallons or 35 Imperial Gallons.

Why is an oil barrel 42 gallons and not 55 gallons like the standard metal drum?

Because when a 42-gallon drum is filled with oil, it weighs 300 pounds, significantly more than what other commodities weigh. At some point during King Richard III’s reign in Great Britain (1483 to 1495), a royal ‘sizing decree’ involving wine barrel units indicated that a puncheon (larger wine container) would contain 84 gallons of wine and a tierce (smaller barrel) will hold 42 gallons. Before this royal decree, several barrel and cask sizes existed, which complicated commerce and trade. The standardization for today’s barrel industry contributed to the founding of ‘The Worshipful Company of Coopers.’ This organization made watertight barrels, barrels for colonial wars, and tierces for military use. The more experienced craftspeople were known as “tight co-opers” to stand out from the less experienced “slack co-opers” who made bottles, barrels, and buckets used for dry goods of poorer quality. The tierce has been used for several decades to ship other food items, including seafood and whale oil. But in 1859, after Edwin Drake discovered oil production in Pennsylvania, the Old English royal barrel sizing rules would change. The US state was agricultural, the road was just muddy cars, and oil pipelines were not available for decades. In facilitating petroleum transport through the many oil wells that sprouted around Pennsylvania, oil producers instigated wooden oil barrels of all types and sizes to the area. But logistical crises arose with the random barrel sizes. It was not easy to stack and secure various barrels of different sizes on horse-drawn wagons. Containers bigger than 42 gallons were too large to be moved and raised for manual loading, while wooden barrels less than 42 gallons did not make the oil transportation to the market profitable.

In 1866, the 42-gallon crude oil barrels were the most practical option that was impressive enough to match the US petroleum industry’s standard of measure. The size of 42 gallons became the standard by the Petroleum Producers Association in 1872 and the US Geological Survey and the US Bureau of Mines in 1882. Today, these 42-gallon crude oil barrels yields the gasoline in modern gas pumps where you refill your vehicles. 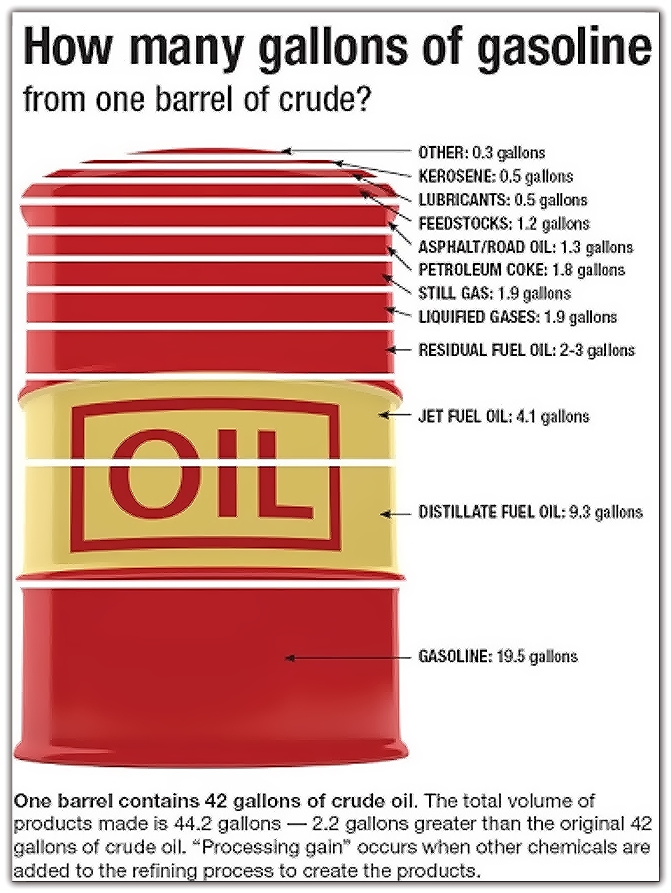