Hydraulic fracturing, informally referred to as “fracking,” is a process that injects sand, plus water and chemicals (called slickwater) under high pressure and at fast volumes through a surface well and into bedrock formation. The pressure and volume fracture the gas-rich shale, releasing oil, and natural gas locked in the porous shale. Sand is in the mix to fill the voids in the fracture, keeping it open so the gas can be released. The released liquid and gases are pumped back up to the surface. 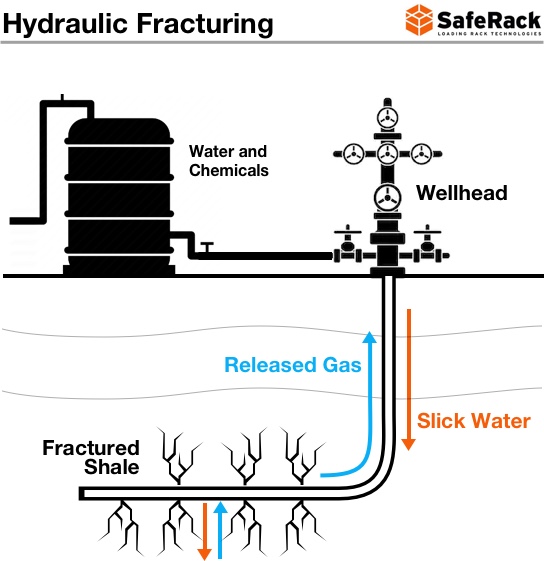 A rig digs several thousand feet straight down with a drill bit during fractionation. This bit can turn to drill horizontally along a layer of shale, creating a channel called wellbore. Drilling the wellbore creates small perforations are made. Pressurized slickwater (a mixture of water, frac sand, and chemicals) is forced at high pressure and velocity to fracture the perforations in the shale layer. the frac sand keeps the fractures open to release petroleum liquids and gases up to the wellhead for storage and transport.