In the petroleum industry, oil booms are a linked series of floating objects that are positioned around an oil discharge that has leaked to the water.  The boom contains the spill to its enclosed area.

Another definition of an oil boom applied to the petroleum industry is for a piece of piping that is used to extend the range of a fuel discharge loading arm.

According to the NOAA Office of Response And Restoration…

Oil Booms are floating, physical barriers to oil that has spilled.

Oil booms are constructed of metal, plastic, or other materials, which slow the expansion of oil and keep it contained within the boom.  Oil spill reaction teams deploy booms using systems to moor the boom. They use anchors and if close enough landlines to hold the boom in place around the spilled fuel.

There are three main types of oil booms

Deployed booms only contain a spill.  An absorbent boom can remove the oil but it still has to be disposed of.  The lost product has to be eliminated as quickly as possible to minimize any environmental damage caused by a spill. 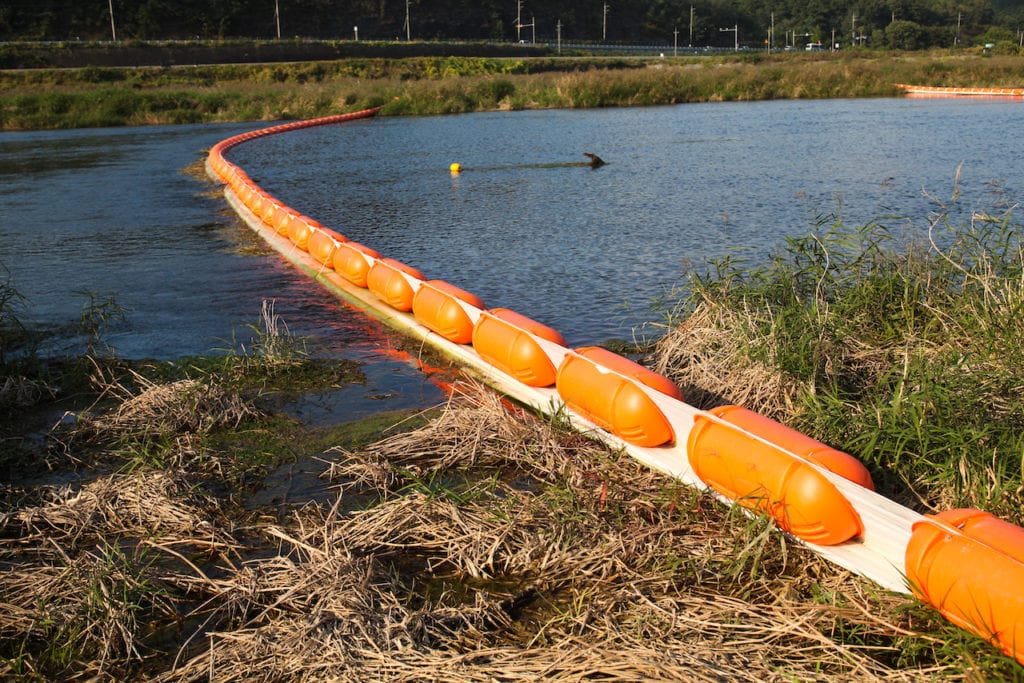