A system communicator that gives instructions or system status verbally, or visually rather by a digital or analog display.  Annunciators are also put in place as emergency system communications.

Annunciators are becoming more commonplace in commercial locations to aid people who are visually impaired. Most smoke and fire detectors that are inside homes now use annunciators to announce the word “fire”.

Another example of a widespread annunciator is in elevators.  Elevators announce their locations over a loudspeaker to aid the visually impaired.

We are now surrounded by Emergency System Communications and annunciators with the rise of Artificial Intelligence.

Example:  There may be an annunciator that announces when the temperature of an area gets too hot.  The announcement might prompt an individual to react and adjust the temperature in the affected area.

As artificial intelligence is implemented into many work environments expect annunciators to be more common.  The rise of Siri, Alexa, Cortana, and Google Home has made annunciators commonplace.

Other common annunciators are hardwired into the avionics of commercial jets.  The annunciators are connected to sensors all over the jet and they generate audible reports about conditions.

Annunciators are in many cars as well. They can announce when a door is open or if your engine needs attention.

Will annunciators become voices that are ignored like frequent car alarms that nobody seems to acknowledge?  Time will whether we shut out anything Alexa may have to say. 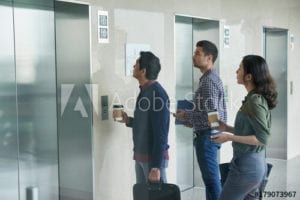