Sulfur is the 10th most abundant element in the universe. It accounts for almost 3 percent of our planet’s entire mass. Or to put it more contextually: If you combined all the sulfur that exists on Earth, you’d have enough to make two additional moons.
Sulfur used to create products like rubbers, detergents, fungicides, plastics and fertilizers — and the world’s most widely used chemical: sulfuric acid.

Globally, about 70 million tons of sulfur are produced each year. The majority is produced by petroleum refineries and natural gas plants, which both generate sulfur as a by-product of regular operations. Sulfur’s large-scale production and increasing international need presents loading facilities with unique and complex challenges. 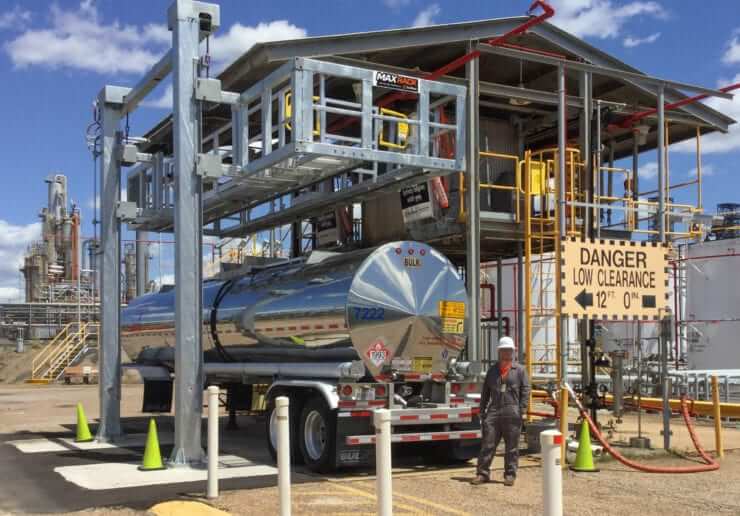 Sulfur is most easily transported as a liquid, which means that before it goes anywhere, it must first be heated to its melting point of 239 degrees Fahrenheit. During its transit, liquid sulfur must be kept within a 43-degree range — between 266 degrees and 309 degrees Fahrenheit — in order for safe loading and unloading to occur. This extremely hot range poses a serious threat if not handled properly.

The physical properties of liquid sulfur can also endanger workers. When sulfur burns, it forms sulfur dioxide, a toxic gas that is fatal if inhaled. That’s why it’s critical to keep it under that 309-degree mark. Additionally, high concentrations of sulfuric vapor and water vapor can lead to deadly explosions, and liquid sulfur itself is highly flammable. Your facility’s equipment and crew need always to properly address these dangers.